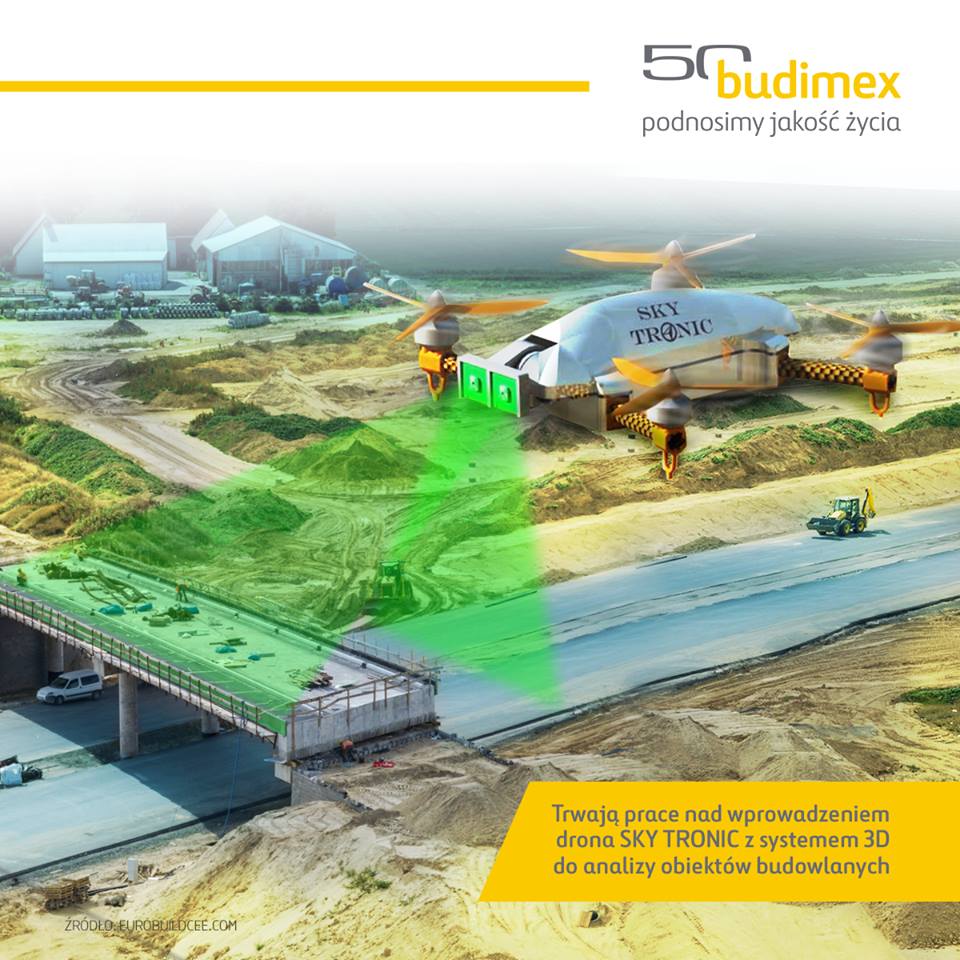 Sky Tronic collaborates with Budimex to develop and test Unmanned Aerial Vehicles/drone to monitor and generate 3D maps of construction sites and objects of Budimex. The first tests in operating conditions are planned at the beginning of next year. More about collaboration and tests of 3D modelling system you can read in Eurobuild CEE Magazine.